Support for private school choice programs is strong in the Lone Star State!  According to a recent poll conducted by the Friedman Foundation for Educational Choice and the Texas Public Policy Foundation, majority of Texas voters support school vouchers.


The polls found that overall, 66 percent of voters are supportive of vouchers, and only 27 percent oppose.  According to the poll results, the strongest support was among Latino voters with 80 percent in support of vouchers.


The survey also found that 72 percent of voters are supportive of tax-credit scholarship programs, with 20 percent opposed.


The poll, administered by Braun Research, Inc. was conducted March 19-27, 2013 through landline and cellphone interviews with over 600 Texas voters.
Posted by American Federation for Children at 3:18 PM No comments:

Rice: "The key to not being trapped in the circumstances of your birth is a quality education"

“They key to not being trapped in the circumstances of your birth is a quality education,” Rice said.  “It doesn’t matter where you come from; it matters where you are going.”

“What is NOT a measure of success is the same ol’, same ol’,” Chavous said.

That’s why Louisiana’s legislators are fighting hard this legislative session, which began April 8, to protect the landmark Louisiana Scholarship Program that was expanded by a bipartisan group of legislators in 2012.  It allows students from low-to-middle income families with students enrolled failing and low-performing schools to use a scholarship to attend the school of their choice.  Students entering kindergarten for the first time who meet the income limits are also eligible.

Former Secretary of State Rice told the audience that Korean children learn in third grade what children in fifth grade learn in the United States, “even in the best of schools.”  Rice encouraged everyone to remember to fight back against the pervasive soft bigotry of low expectations when it comes to K-12 education.

That’s precisely why Gloria Romero said Louisiana’s education reforms are key: “If you don’t educate, you will incarcerate.  We’re spending all this money to lock up the failed result of our public education system.”

Despite bills taking aim at the Louisiana Scholarship Program during this year’s legislative session, Governor Jindal is standing strong to protect the reforms that are serving nearly 5,000 children across Louisiana.

“We’ll pass these reforms as many times as it takes to provide the kids of Louisiana with a quality education,” Jindal said.
Posted by American Federation for Children at 4:47 PM No comments:

At a House Labor, Health, and Human Services, Education, and Related Agencies Subcommittee hearing on April 11th on the president’s budget, Secretary of Education Arne Duncan discussed the administration’s vision for educating America’s students. When asked about the administration’s decision to not add additional funding for the D.C. OSP - a program as Maryland Representative Dr. Andy Harris (R) points out has made graduating from high school a reality for many students zoned for schools in need of improvement - Secretary Duncan said, “I’d be very surprised if those improvements were very dissimilar to what’s going on at the rest of D.C. public schools.”

According to last federal evaluation of the program in 2010, 91 percent of children who used their D.C. opportunity scholarships graduated from high school - 21 percent more than those who sought but did not receive a scholarship and 30 percent higher than D.C. public schools. Subsequent research by the program administrator for 2010 and 2011 showed that 94 percent of scholarship students graduated and 89 percent of those students enrolled in college.

The success rate of the D.C. OSP is a far cry from the reality for many D.C. public school students. According to data released by the U.S. Department of Education, Washington, D.C. ranked dead last in national graduation rates at 59 percent for the 2010-11 school year.

Additionally, D.C. is home to the largest disparity in the country between white and minority students who graduated during the 2010-2011 school year. Eighty-five percent of white students graduated, while only 55 percent of Latino and 58 percent of black students earned their diplomas.

While the D.C. OSP may not be the fix-all for every D.C. student, it is a viable option for many families looking for access to a high-quality education. The program has proven it can deliver real results. By funding the program at its full level, more D.C. families would be able to take advantage of the program, granting many more young people with access to an education that works best for their needs.

Posted by American Federation for Children at 4:33 PM No comments:

President Obama announced his Fiscal Year 2014 budget this week, and unfortunately did not provide any new scholarship funding for the highly successful D.C. Opportunity Scholarship Program (OSP), despite having signed legislation in 2011 that reauthorized the program for five years.  The president's budget only includes funding for the statutorily required evaluation and program administration.


If you follow AFC’s blog, Facebook, and Twitter, you have seen countless stories posted about the success stories of this program.  Since its beginning during the 2004-05 school year, The OSP has helped thousands of children from low-income District families receive the education they deserve.  (Read about some the program’s success stories here, here, and here).


Since its inception, more than 11,000 families have applied to participate in the D.C. Opportunity Scholarship Program and more than 6000 have been fortunate enough to get a scholarship.


It is despicable that we are not doing more to ensure each and every child has access to the best education for their needs.  Kids should not have to remain trapped in schools that do not work for them when another viable option exists right now - and no child should be forced to stay in a school that does not meet their needs simply because of their family's income.


Accordingto last federal evaluation of the program in 2010, 91 percent of children who used their D.C. opportunity scholarships graduated from high school - 21 percent more than those who sought but did not receive a scholarship and 30 percent higher than D.C. public schools.  Subsequent research by the program administrator for 2010 and 2011 showed that 94 percent of scholarship students graduated and 89 percent of those students enrolled in college.


Unfortunately, the future of the OSP – a program that has proven its ability to deliver real results for students trapped in schools that do not work for their needs – is in jeopardy.


While funding exists for approximately 2,000 children, this year's program had just under 1,600 students participating because of implementation challenges between the Department of Education and the program administrator.  The program is carrying over funds each year that supporters believe should be used to provide more scholarships for eligible children.


What is most interesting is that the president has gone on the record reiterating the need to provide low-income students with the access to a better tomorrow.


Duringa speech in Decatur, Georgia in February, President Obama said “the size of your paycheck shouldn’t determine your child’s future.”   We agree full-heartedly.  Each child – no matter their family’s income or their zip code – should be entitled to the same opportunities to succeed.  So why restrict a program that is delivering real results for some of the poorest students in our nation’s capital?


A better tomorrow starts with a quality education.  We cannot continue to sit back and wait for poor-performing schools to improve.  We must deliver all children the educational options necessary to open the door to greater opportunities tomorrow.
Posted by American Federation for Children at 1:01 PM 1 comment:

No amount of rain could stop nearly 2,000 parents, families, and education reform advocates as they packed the steps of the Ohio Statehouse yesterday in support of expanding education choice in the Buckeye State.  Speakers at the event included, Ohio Governor John Kasich (who announced earlier this year his plan to expand thestate’s existing private school choice program), AFC’s executive Counsel Kevin P. Chavous, Ohio House Speaker William Batchelder, House Speaker Pro Tempore Matt Huffman, State Senator Keith Faber, parents and students.  The event was sponsored by School Choice Ohio.Check out some of the photos below from the event!


Posted by American Federation for Children at 4:27 PM No comments: 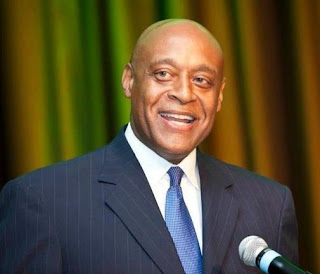 One of the biggest stories in the news today is the Georgia cheating scandal.   Public schools in Atlanta, Georgia have fallen under pressure as evidence has surfaced showing that school administrators may have altered standardized test scores to make it appear students performed better than they actually did.
By altering the test scores, students did not win.  Only the schools and school districts “won” (that is until they got caught).  In fact, Retired district superintendent Beverly Hall was praised by U.S. Department of Education Secretary Arne Duncan for her work in turning around these poor and minority schools.  She was even named 2009 National Superintendent of the Year by the American Association of School Administrators.
According to Hall’s indictment for racketeering, “Principals and teachers were frequently told by Beverly Hall and her subordinates that excuses for not meeting targets would not be tolerated.”   To meet these “targets,” teachers were allegedly asked to gather the students’ test sheets and change incorrect answers.  These formerly failing schools were now outperforming the wealthier suburban schools, and the school officials were being touted education reform heroes, showing that a school can be turned around from within.
“Our schools desperately need to be fixed,” wrote The Washington Post’s Eugene Robinson in a column about the scandal.  “But creating a situation in which teachers are more likely than students to cheat cannot be the right path.”  I couldn’t agree more.   These Atlanta administrators touted themselves as “education reformers” but as I have said time after time, no school district has ever reformed itself from within.  Real education reform comes as a result of external pressures through educational choice.
By providing families with access to educational options, parents have a choice in their child’s education.  Through options such as tax credits, scholarships, vouchers, charter schools, and traditional schools, families have a say in their child’s education.  As I said this earlier week on PBS NewsHour, “the only way we are going to fly this plane while we fix it, is by helping those kids with the immediate needs, and also providing the impetus for public schools to right-side themselves.”
Our nation’s education system needs to be about providing the best education to all children.  Every option must be on the table to ensure each and every student in America receives a high-quality education that will prepare them for tomorrow.
Posted by American Federation for Children at 3:14 PM No comments:

If you have been following our Facebook and Twitter pages closely, you are aware that AFC’s Kevin P. Chavous was a featured guest on Monday’s PBS NewsHour.    Kevin, along with National Education Association president Dennis Van Roekel, discussed the Indiana Supreme Courtdecision upholding the state’s voucher program, along with the call to provide low- to middle-income families with educational options.


If you happened to miss it, you are in luck!  Click below to watch the full interview. 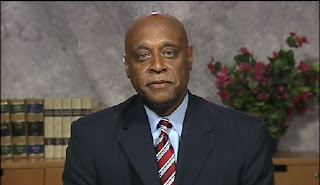 Kevin’s remarks were also the focus of a piece written by D.C. charter advocate Mark Lerner today in the Examiner in support of the D.C. Opportunity Scholarship Program.   Lerner said, “I love the urgency of Mr. Chavous' remarks. We know we are tens of thousands of high quality education seats short in the nation's capital. So as we allow competition to fix our public education system why don't we expand the Opportunity Scholarship Program to assist many more than the 1,600 children currently enrolled in the plan?”

Find us on the web